Bikers brought to the monument land from India.  It has taken 550 years, Tver has waited for a return visit from India! This is, of course, a joke, during this time a large number of delegations from this wonderful country came to the regional capital. Our countries are friends, and this is an indisputable fact. But it is also a fact that such a delegation from India has not been in Tver until now.

4 June 2018, exactly at 9am, the column of solid motorcyclists  drove up to monument of Afanasy Nikitin. For Tver is quite a familiar picture, if not for the fact that All bikers were from India. The motorbike tour was organized by the Russian Information Center in India..

The riders were from the Surat from the Moto Group called as ‘Surat Superbikers Club’ or SSC. This was ther 2nd visit to a monument of Afanasy Nikitin, the first being in Feodosia on the 1st Moto Tour for Afanasy Nikitin organised last year by Russian Information Center

The first tour was also dedicated to the 70th anniversary of diplomatic relations between the two countries which took place last year.

Indian motorcyclists significantly differed from brutal Tver bikers. If it weren't for the steel horses parked nearby, you'd think they were medical students or a group of tourists: jeans, sneakers, t-shirts... Everything is very decent, nothing extreme and feeling of love and friendship flowing between all bikers from India and Russia. 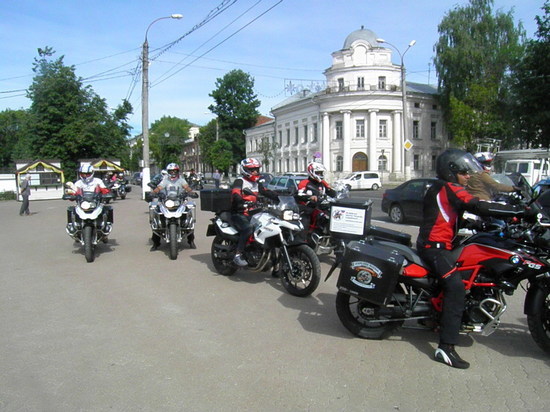 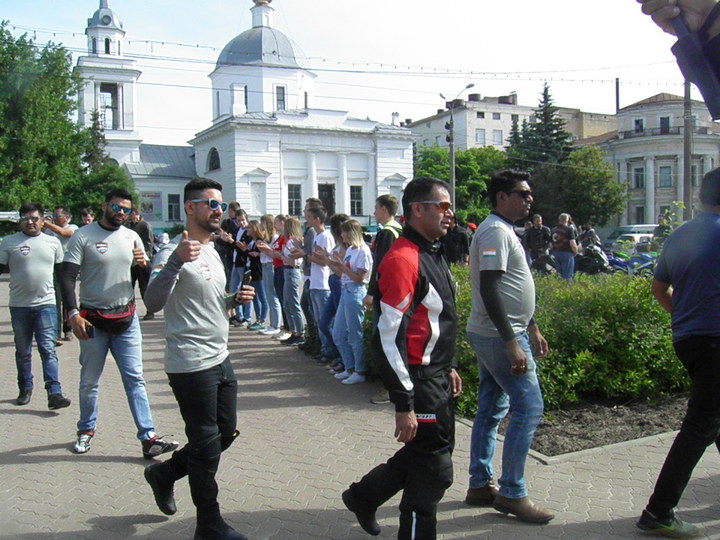 At the monument, guests were already waited - the administration of Tver, local bikers and other residents of the city. After the welcoming words, Russian-Indian dances from the Tver group "Amrapali", the main ceremony took place. The land, brought specially from the Indian Revdanda and Crimean Feodosia, places where Athanasiy Nikitin stayed, were poured to the in the flower bed at the Tver's monument to Athanasiy Nikitin. In turn, the Tver's authourites handed the land from Tver monument to Indian motor travelers . Its, too, will be taken to Revdanda. 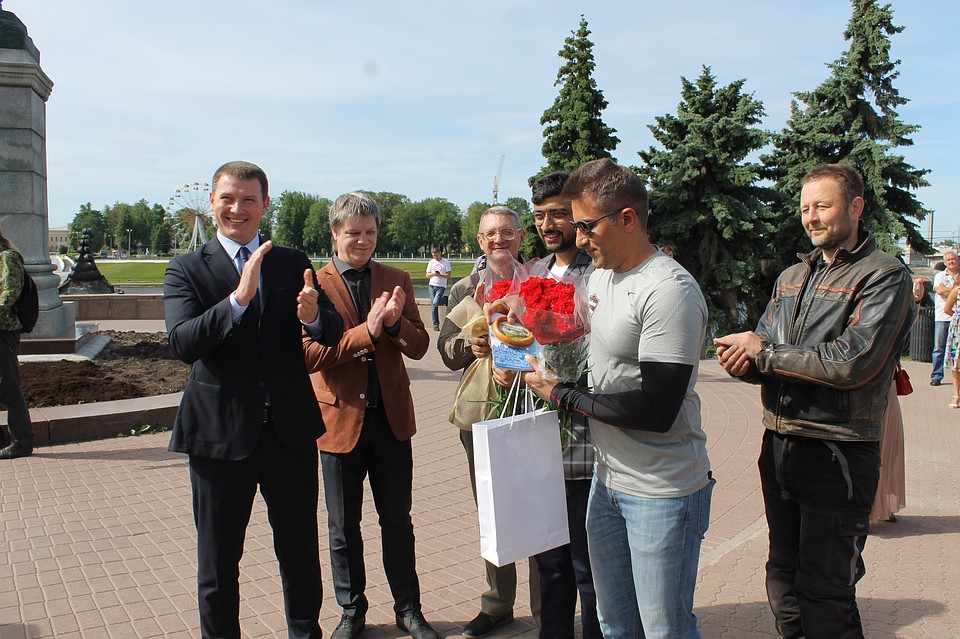 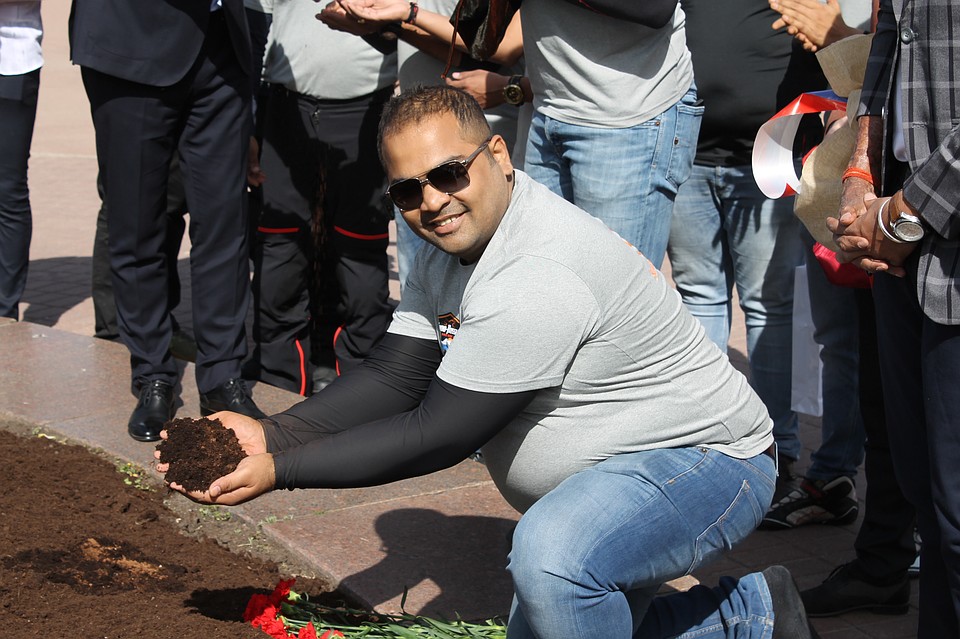 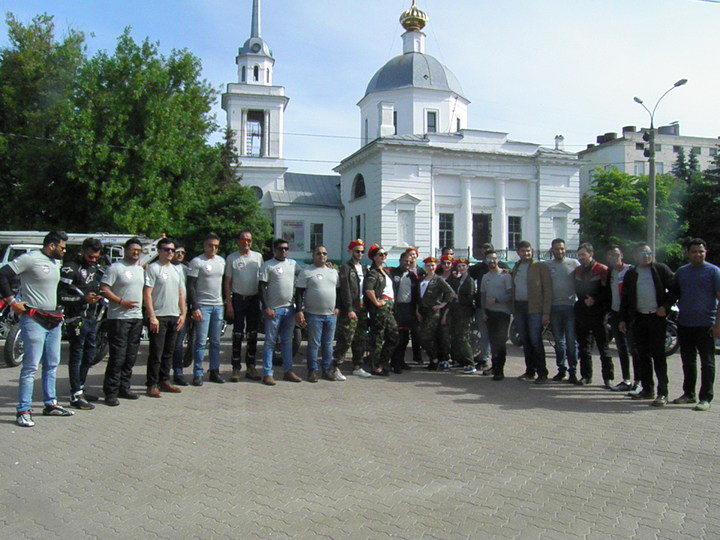 Indian guests, all members of the motorcycle club "SuratSuperbike Club" admitted: "We decide to travel this route, which will take 12 days to know more about Russia, as well as to remind to everybody about Afanasiy Nikitin". Smiling good-naturedly, they noted that Russia impressed them with its beauty, hospitality, and good people. And, if they have to choose between Russia and Europe, they choose Russia, so they really want to come back here next year.

- The beginning of relations between the two countries, Russia and India, began by Afanasiy Nikitin, we are now historically connected with each other. The purpose of our visit is to raise these relations to a new, higher level. Therefore, we invite everyone to our home - India, " said Dashrat Desai, President of "SuratSuperbike Club".

Indian guests were presented with guides about Tver region, books about its attractions with wishes not to limit trip to Tver, and to visit many other interesting tourist places of the region. The meeting ended with a common photo. After that, the Indian bikers continued their journey.

"Thank you very much, Tver!"- this phrase guests learned in Russian. 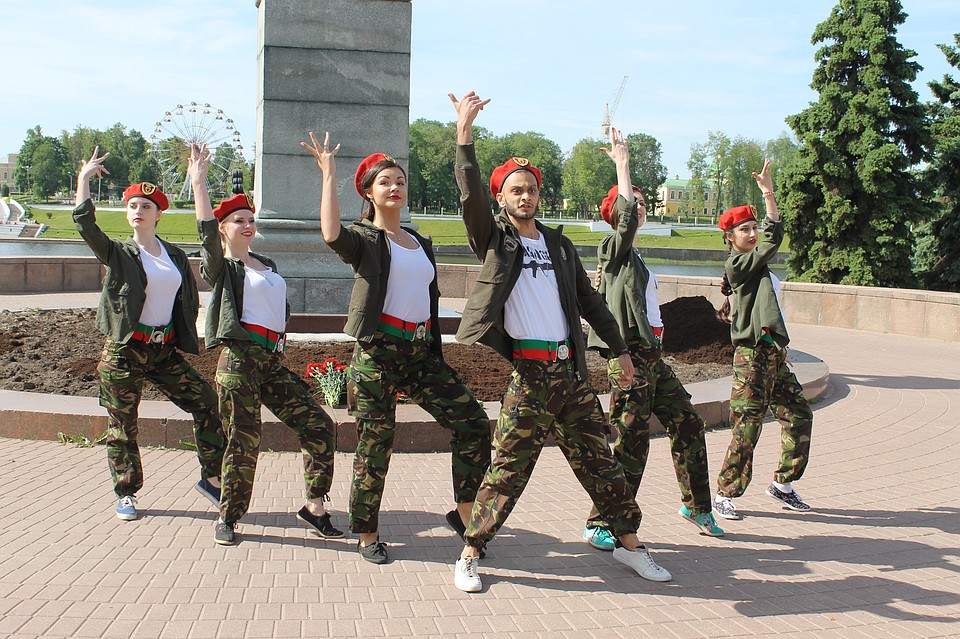 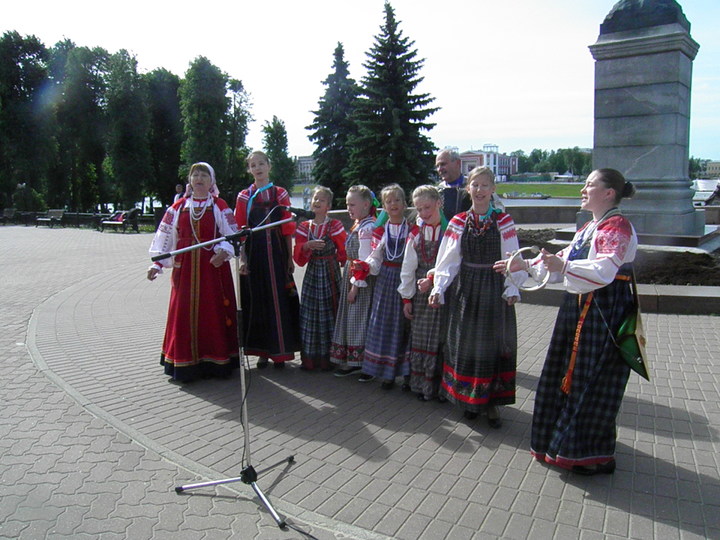 TIMES of India: 35 bikers from Surat on 2,200km expedition in Russia