The Northwest Regional Office of the Russian Union of the Tourist Industry (RUTI) hosted a five party agreement focussed on increasing outbound tourist traffic from India to Russia and creation of comfortable conditions of stay in the country of Indian tourists.

The agreement will enable the parties to effectively coordinate activities to promote Russia as the popular destinations of outbound tourism in the Indian market, jointly conduct marketing activities of any size-from, press and info-tours of Indian journalists and tourism professionals to Russia, to participate in the Indian trade fairs and road shows.

"Our Center has unique communication resources that will inform about the attractiveness of Russian destinations, business proposals of the Russian partners to the widest possible range of Indian tourism trade, to the public, the media and other organizations that may be useful to our partners'' said co-founder and partner RIC in India, Katerina Belyakova. We are discussing holding several congresses in regions of Russia from various tourist industry associations in India, as well as variants of cooperation with bollywood, Tollywood and the televesion sectors, advertising and marketing potential of which is huge" said co-founder and partner RIC in India, Paresh Navani.

In turn, Visit Russia and SONATO will provide assistance with the agreement partners communication with public authorities and to inform about the planned activities related to the Russian-Indian tourist exchanges.

An important part of the agreement is the joint work of the parties over the development and implementation of the tourism and hospitality industry of Russia policy India Friendly. Its methodological framework now jointly developed by Russian Information Center in India and the St. Petersburg University of Economic, and the program will be implemented with the support of the Northwest Office of the RUTI.

The first presentation will be held October 13 – 'Indian-Freindly' as part of the St. Petersburg Hotel Forum at the exhibition INWETEX-CIS Travel Market in Lenexpo.

The signing of the cooperation agreement is the closing ceremony of a familiarization tour to Russia for Indian journalists, tour operators and travel agents, held in late September on the route Moscow-Crimea-Saint-Petersburg.

At the solemn meeting in the northern capital of Indian guests welcomed the Director-General of the city tourist information Bureau Eugene Pankiewicz, of the reference Deputy Head of Department of tourism of St-Petersburg, Valery Malyshev, told tour participants about the rich tourist potential of the city  and tourist authorities plans for its further development. The head of international sales, corporate sales and conferences company St. Peter Line Pauline Kuzmenko opened theme 72- hour visa-free treatment to ferry tourists and cruises on the Baltic Sea with the start in St. Petersburg.

According to the Director of the RUTI Ekaterina Shadskaya, the signing of the agreement is a great start for a great collaboration to enhance tourist traffic from India and establish strong relations between Indian and Russian tour companies. According to official statistics, tourists visitng Russia was less than 100 thousand per year. At the same time, according to expert estimates, to 2030 year number of tourists from India and abroad will reach 50 million. Of course, in recent years, tourists from India to Russia is growing, but at a much slower rate than, say, China. Our partners mission is to develop and implement a strategy that would make India one of the largest suppliers of tourists markets and work productively with administering Indian companies, "she said.

One of the participants of the trip, head of B2B Portal for travel agents SahibjiOnline Gursahib Sethi after visiting the two Russian capitals and Crimea is sure that Russia has much to offer visitors from India. "Your country is a world in miniature, where there are wonderful, versatile nature and rich cultural heritage, which we appreciate, and great opportunities for business tourism and affordable accommodation. Indians fly in the United States, Australia, Dubai, but for now just know little about Russia. After this familiarization tour I have something to tell clients, and I am sure that our cooperation will continue. "

Being aware of prospects of the Indian market, RIC and RUTI sincerely thanks, travel company "NIKA", in holding the ground and travel services group in St-Petersburg, Four Seasons Hotel,  "Petrovskaya Aquatorium" ,  "Tsarskoye Selo" , "Yusupov Palace" museums. RIC also  sincerely thanks tour company AcademService and Visit Russia in hosting FAM group in Moscow and Ministry of Tourism and resorts of Republic of Crimea and H.E, The Prime Minister of Crimea, Russian Federation Mr. Sergey Aksyonov for the great hospitality offered to RIC and the Travel Community in Crimea. 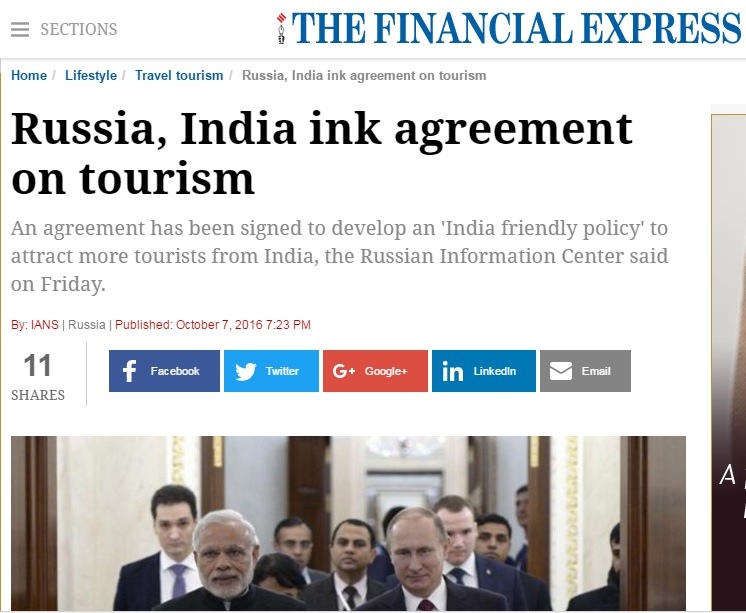 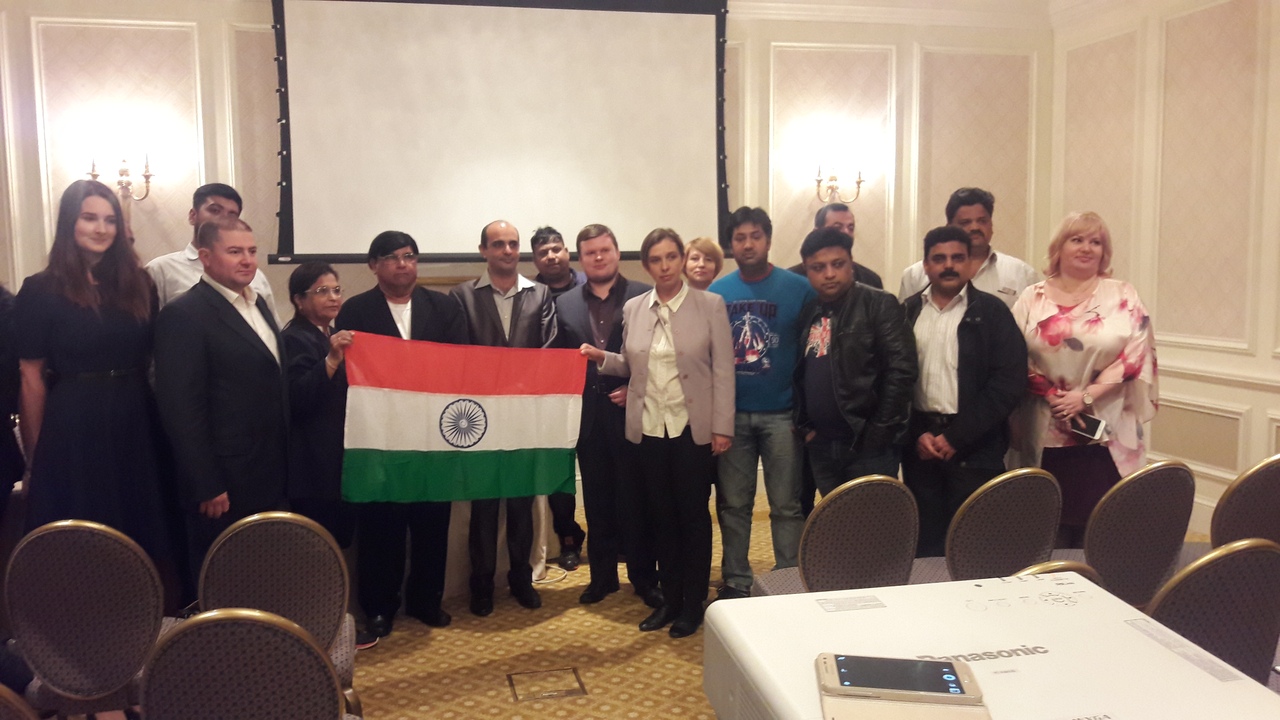 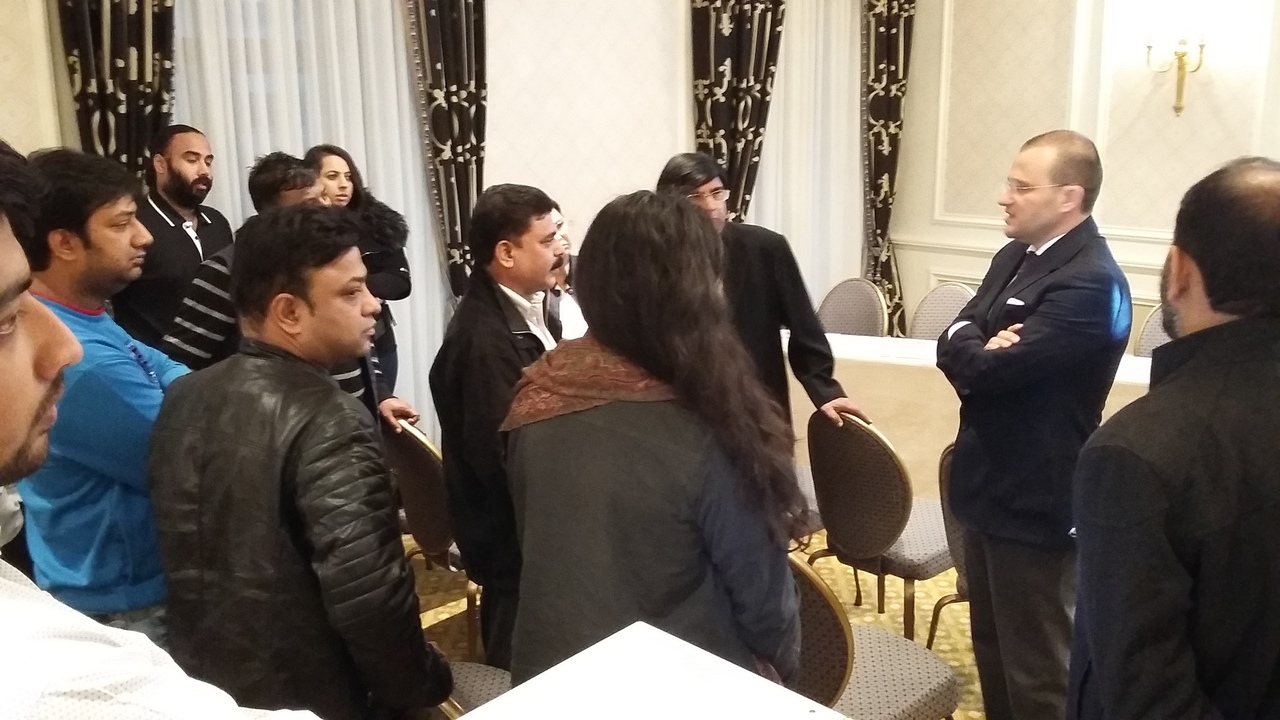 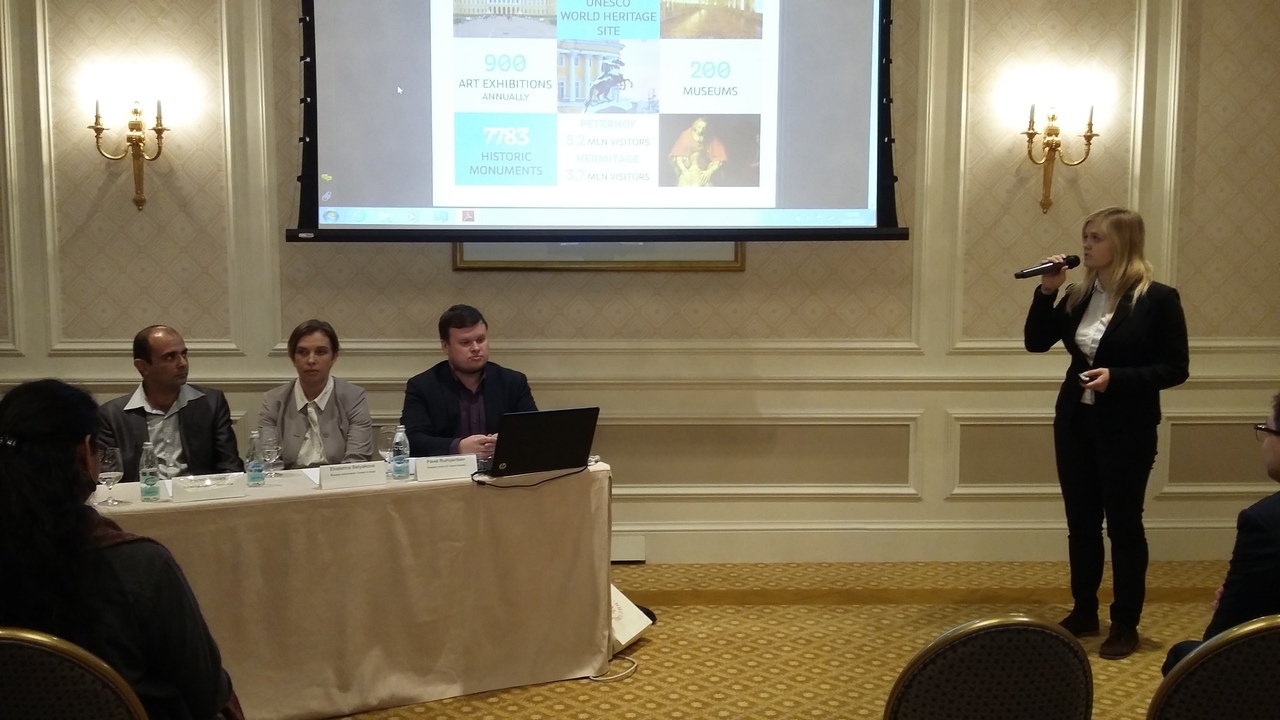