Russian information Center in India (Mumbai), Airports of Regions and Ural Airlines organized the largest FAM tour in the history to Russia for representatives of tourist business and the press from the Republic of India. Participants of the tour: 120 top managers and managers of tourism operators covering 50% of outbound tourism in India, as well as representatives of the leading media of India arrived in Moscow on April 1, and then will visit the Crimea and Yekaterinburg. FAM tour in Russia is designed from 1 to 9 April.

April 1 in Moscow, in the hotel Brighton, held a press conference dedicated to this infotour. Russian information center - Paresh Navani and Katerina Belyakova (partners), Valeriya Sorokina, head of the Department of tourist transportation, Airports of Regions, JSC, took part in the press conference.

The history of Russian-Indian relations began with the first Russian traveler, the merchant of Tver Afanasiy Nikitin, who visited India 35 years before the European traveler Vasco de Gama. In 2016, the Russian-Indian tourist exchange program was launched. The aim is to promote tourism in Russia and India. Since 2013, all these activities have been carried out without any financial assistance. This is the 13th promotional tour to Russia organized by the Russian information center in India . During this time, 350 representatives of Indian tour operators and travel agents visited Russia.Today we have brought another 120 top managers, heads of travel operators and media. But the Indians are in need of special service, connected with mentality, religious customs, the caste system, the requirements of sanitary and hygienic character, habits. Last year we brought a chef who taught about 10 chefs the wisdom of Indian cuisine, including the restaurant of the hotel "VEGA" in Izmailovo. Indians in cooking use a large amount of spices. Since childhood, Indians used to eat a lot of spices. This Indian food with spices is very useful. Food without spices seems to Indians insipid. Paresh Nawani expressed his pleasure about lunch in the airline "Ural airlines". "If an Indian eats tasty food, he will look at everything and buy. In European countries there is a very large number of Indian restaurants" - said P. Navani. The delegation of Indian tour operators will spend 5 days in hotels of Yekaterinburg and Crimea. One of the advantages of Russia is that it is cheaper to come here than to Europe.

At the moment, interest in Russia and its regions in India is growing at a huge pace, and the composition of the tourist product fully meets the needs of the Indian tourist. The organizers are confident that the FAM tour will entail a significant and qualitative jump in inbound tourism from India.

With the launch of the new Mumbai-Moscow flight, and in the future Mumbai-Yekaterinburg, there is an opportunity to increase the flow from Russia to Maharashtra. Maharashtra beaches, forts, ancient caves of Ellora and Ajanta have great potential for Russian tourists. Within the framework of the promotional tour, several presentations of the tourism potential of Maharashtra for Russian tour operators, B2B meetings are planned.

Part of the participants of the promotional tour-the leaders of the bike clubs of India will carry out a Moto-ride on the route Simferopol-Sochi-Simferopol. This is not the first visit of Indian bikers to Crimea. In 2016, they made a run dedicated to the memory of the great Russian traveler Afanasiy Nikitin, who was the first European to visit India. The participants of the Moto-ride plan to drive across the Crimean bridge, hold a solemn event at the monument to Athanasiy Nikitin in Feodosia, the city where the traveler wrote his travel notes about India "Journey beyond three seas". The participant of a press conference from India-the fan of travel on bikes expressed regret that in the Crimea there was just  20 motorcycles for rent, it was not enaph for all wishing bikers. Another participant of the Indian delegation noted the importance of political and economic ties between Russia and India, noted the contribution of Afanasiy Nikitin to the development of economic and cultural ties between India and Russia.

Sales Manager, representative of the hotel "Izmailovo" told about the holding "Izmailovo", which provides 1100 rooms to guests of the capital-tourists who come from 100 countries. The hotel is interested in Indian tourists because the tourist market of India has great potential. Indians always come in large groups, large families with children. Indians are distinguished by modesty, unpretentiousness in everyday life. The hotel became a partner of India Friendly in 2017. We meet groups with the Indian deity, provide adapters for gadgets, special lotions, for toilets, jugs for sanitary procedures. Indian omelette is prepared for Breakfast in the kitchen, and Indian dishes are served for lunch.

Vasily Ovchinnikov, General Director of Mosgortur, spoke about the tours and museums that are ready to acquaint Indian guests with their expositions. Ovchinnikov presented a presentation of Moscow museums ready to open their doors to Indian guests, including the Roerich Museum, the Museum of decorative and applied arts, the Museum of Russian icons and others. As well as museums and estates: Kolomenskoye, Tsaritsyno, Kuskovo. The Moscow city tour can provide threesomes, folklore performances. Mosgortur is also the operator of children's recreation. This information In. Ovchinnikova caused the Indian organizers to revive and offer to organize tours in March-April lasting 7-14 days for groups of students numbering 150-200 people.

Anastasia Pirogova-project Manager folklore show "Golden ring", told about the theater "Golden ring", headed by Nadezhda Kadysheva and Gennady Kostyuk, the troupe of the theater, a show that lasts for more than 2 hours with a kaleidoscopic change of more than 250 costumes of the participants of the show. Indian guests after the hot climate of their homeland could not quickly acclimatize in Moscow, and sat in the theater in outerwear, and even in sports hats. At the end of the show, the artists went into the auditorium and invited the audience to the stage, where they involved them in joint dances. The artists of the theater demonstrated the best traditions of the national cultural heritage of the Russian people. During the intermission and after the show, Indian guests had the opportunity to take pictures with the artists of the theater. All these interactive innovations of the theater are very popular with Indian tourists. The presentation was attended by the General Director of the theater "Golden ring" A. G. Kostyuk. He noted that this is not the first visit to the theater by Indian tourists.

During the five days spent in the Crimea tour operators visited the main attractions of the Peninsula: Livadia, Vorontsov and Bakhchisarai palaces, swallow's nest castle, Feodosia, all significant memorable places in Sevastopol and Balaklava.

On April 5, the Indian delegation visited the tourist forum "Open Crimea", where tour operators could communicate with the Head of the Republic of Crimea Sergey Aksenov. The head of the Indian delegation Paresh Navani expressed the intentions of large Indian business to invest in the hotel sector of the Republic of Crimea. Mr Navani said: "for investment, we are interested in the regions least involved in tourism at the moment. First of all, the Western part of the Crimea, where there are wide beaches, which are used to Indian tourists.   We believe that with the advent of the Indian hotel in the Crimea, the number of tourists from India will increase significantly. Because specific factors are very important for our tourist: Indian food and understanding of the Indian mentality." One of the problems faced by the Indian tourist is the complex logistics between India and Crimea. But, as Paresh Navani explained: "since 2019, Ural airlines is launching direct flights from Mumbai to Moscow and Mumbai to Yekaterinburg. This is a huge gift to the Indian tourist, as the Crimea can now be easily reached by a single ticket from Mumbai at budget rates."

Speaking at the forum with Crimean colleagues, Indian tour operators noted the openness and goodwill of the residents of Crimea, the readiness to adapt the Crimean tourist market to a new international direction.

The promotional tour is supported by: JSC "Russian Export center", the Government of the Republic of Crimea, Airports of Regions, tour Operator for inbound tourism Vista, the Museum complex UMMC, the government of Sevastopol, LLC " International Airport "Simferopol". 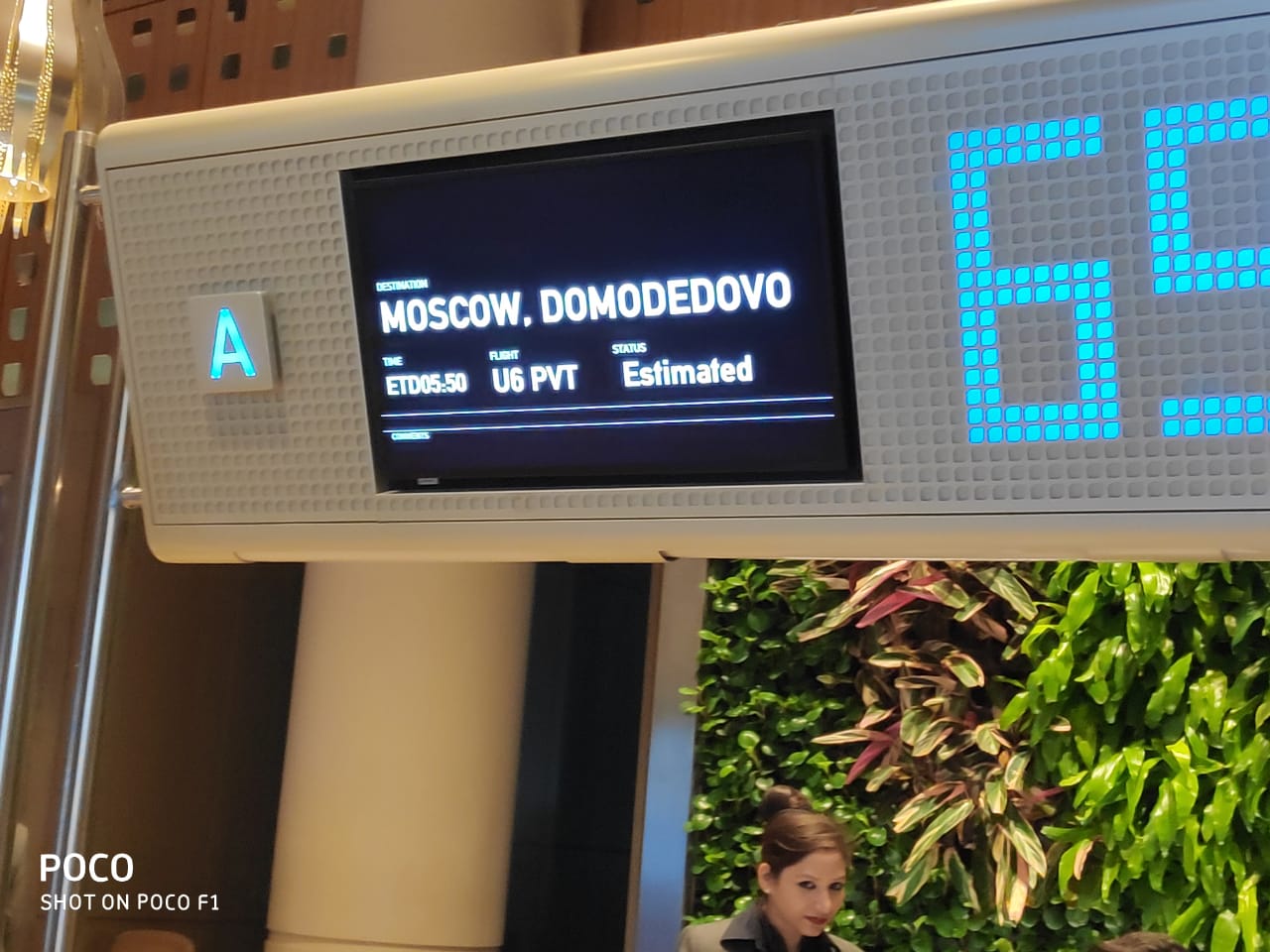 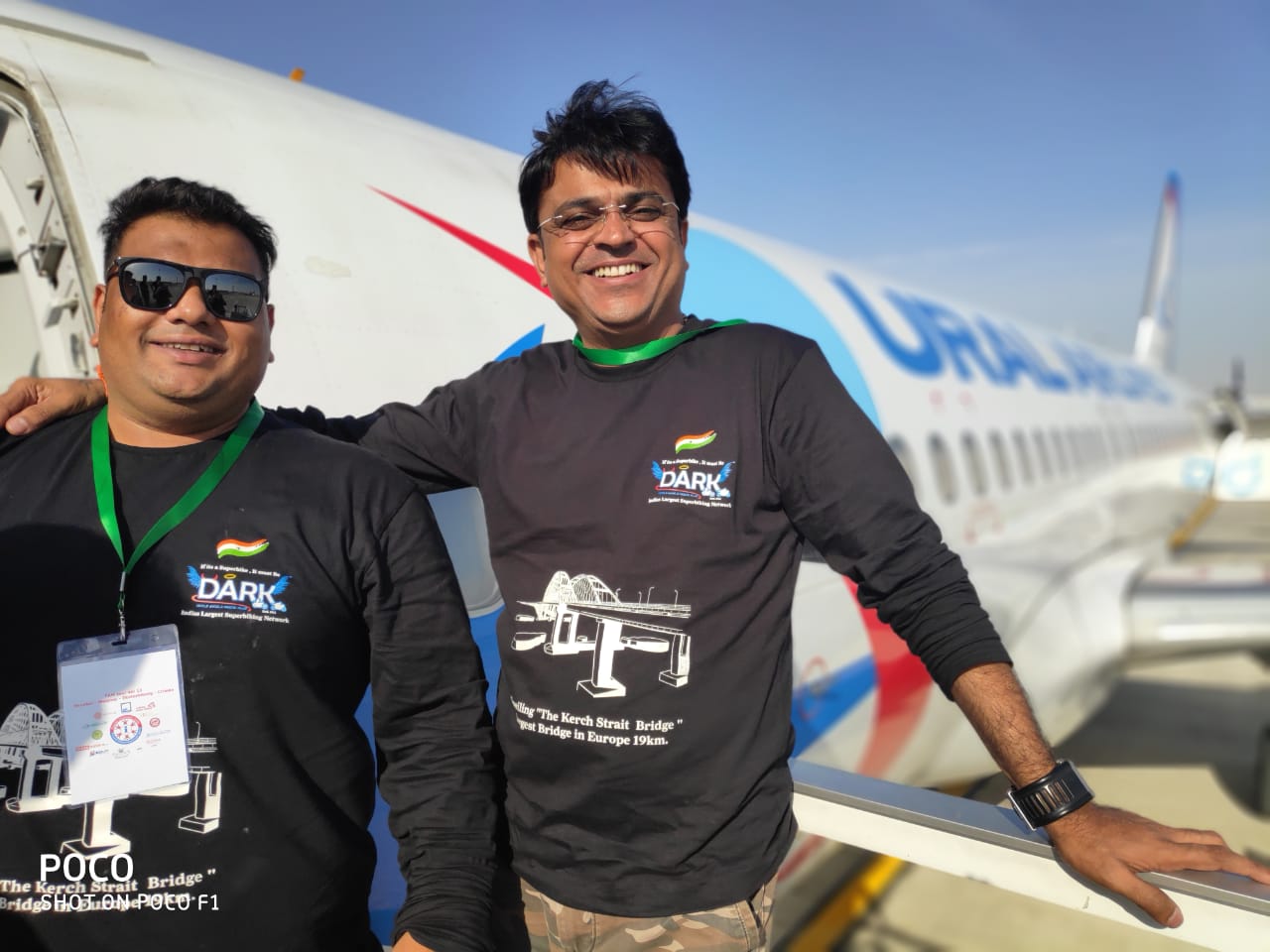 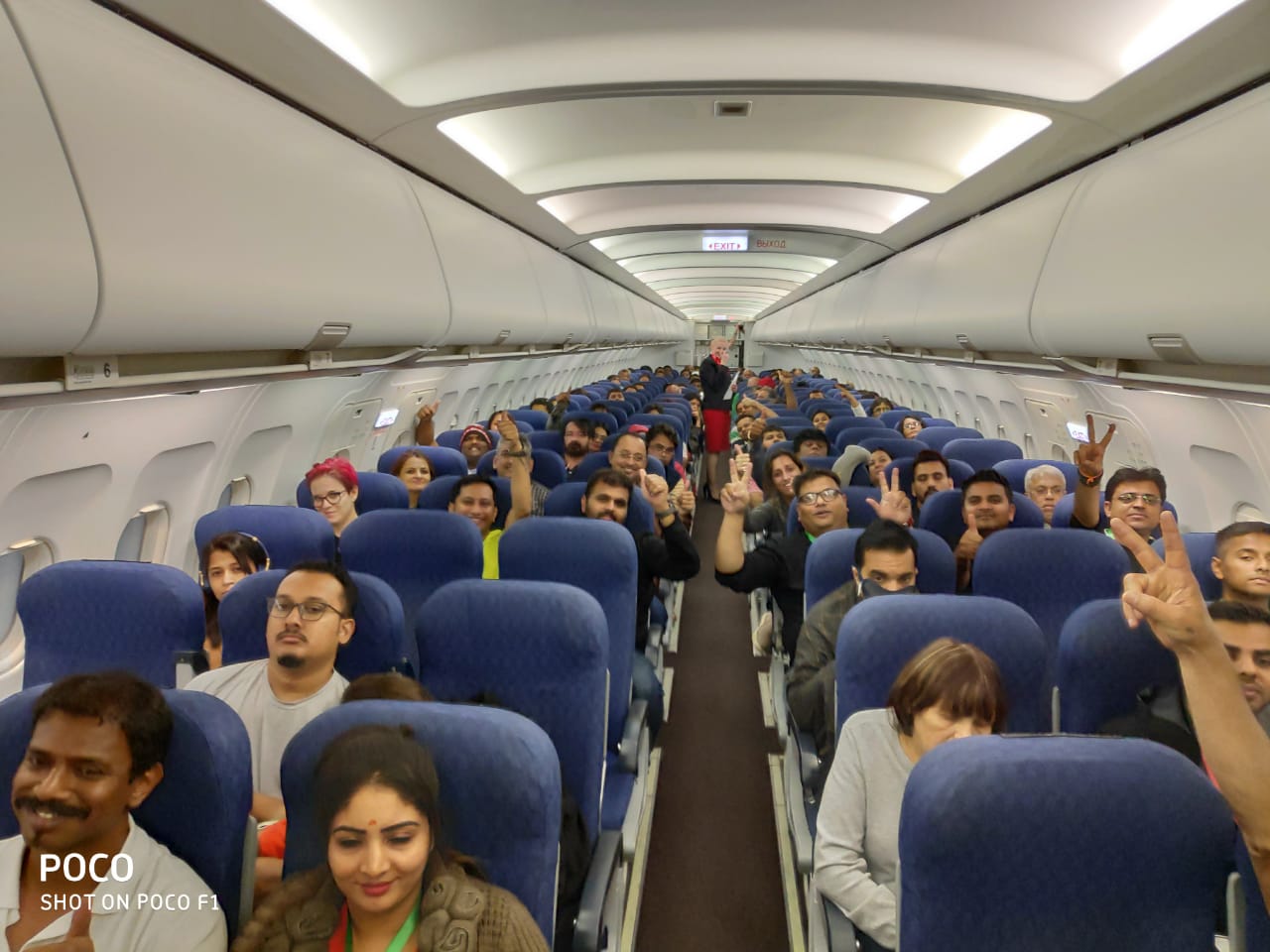 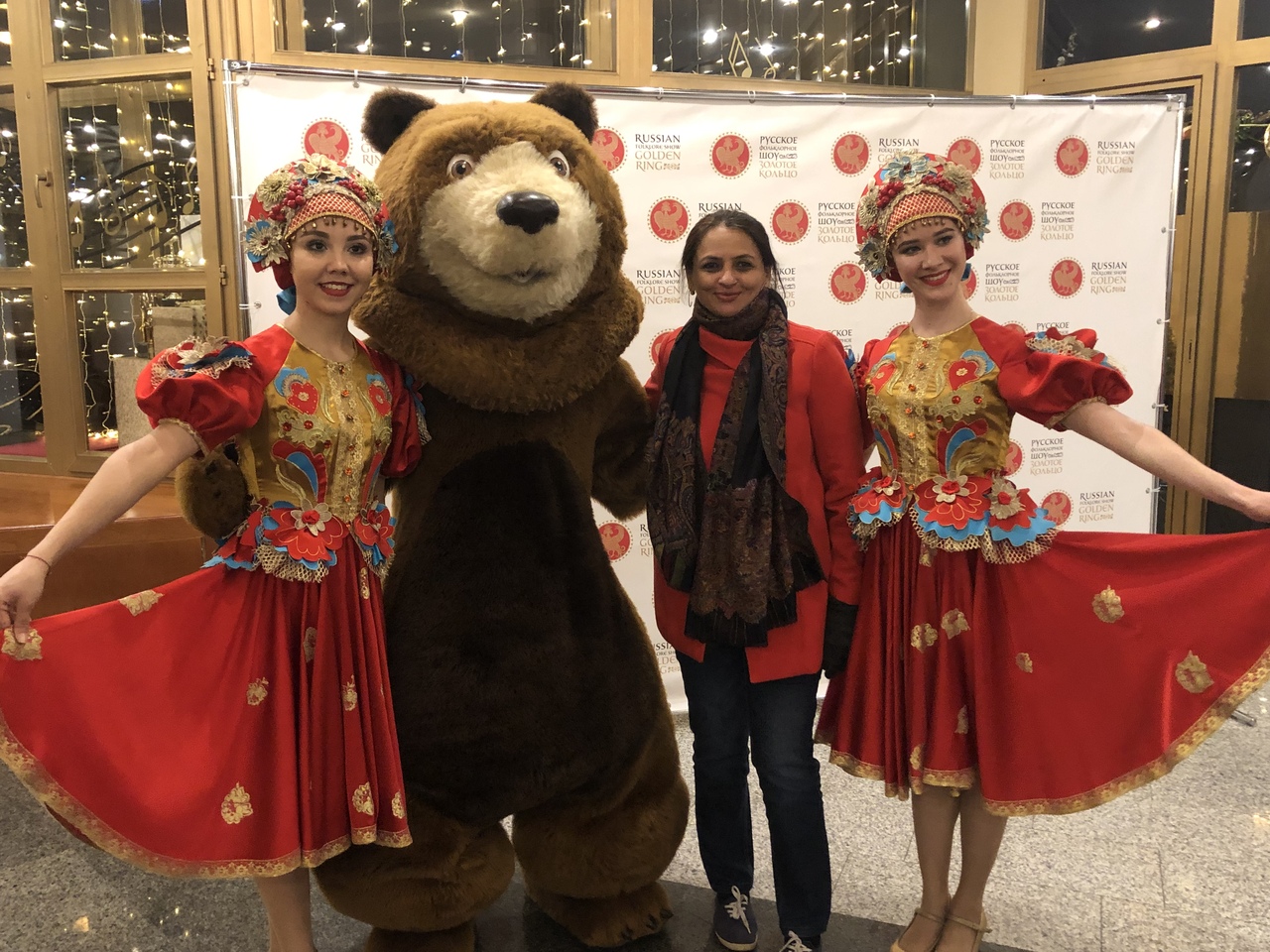 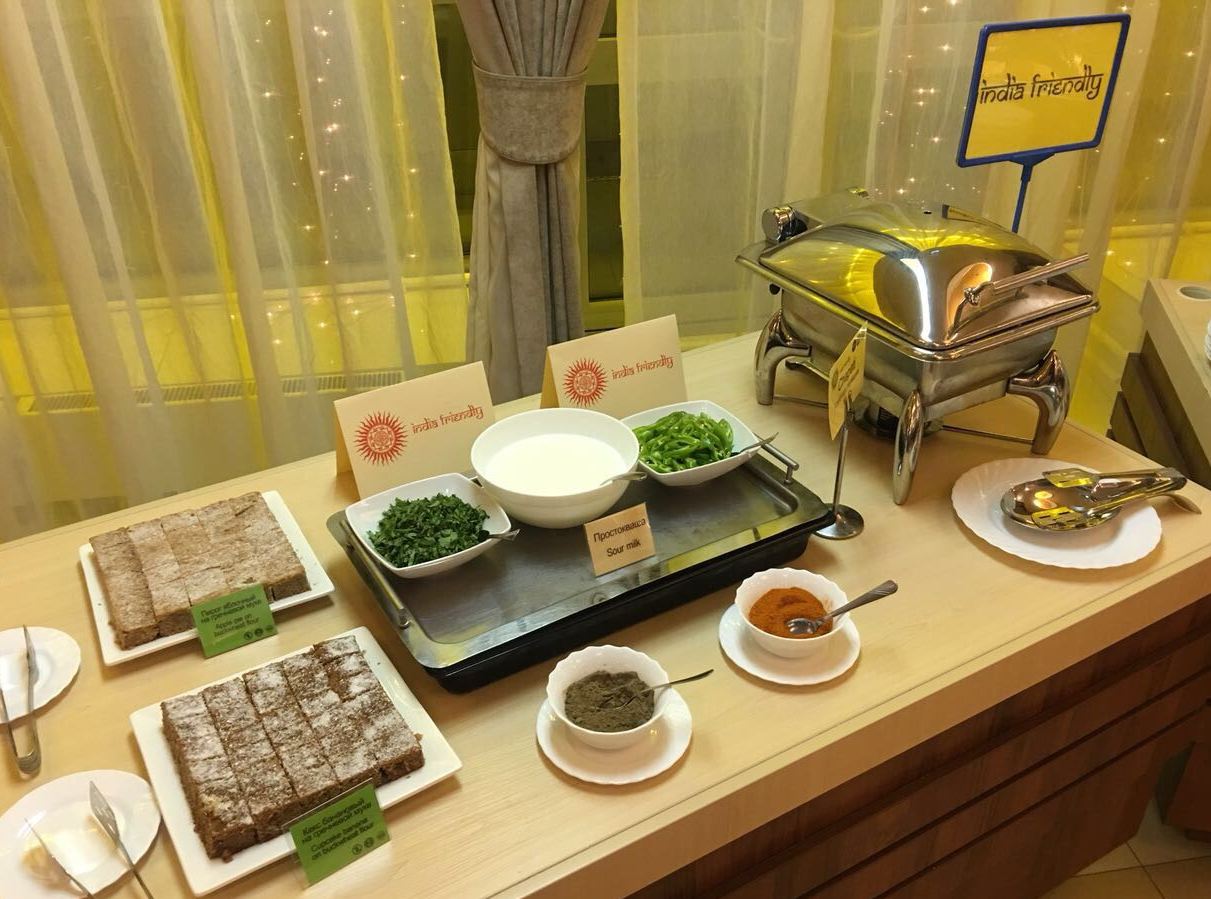